I am President of Australia-Japan Community Network (AJCN ) confronting Chinese and Korean anti-Japan organizations in Australia on the issue of Comfort Women since April 2014. You wrote the treatise about Comfort Women issue and many people supporting Korean baseless insistence on which Comfort Women were sex slaves abstract you personally not by logical counterargument.

We, AJCN want to support you in every aspect.

This is English version of our article in blog.

I believe it contains contents that you can use as a reference when writing your counter-arguments.

I think  the articles below are the ones that are most strongly related to your opinion, so please read them.

A letter sent by AJCN to the Mayor of Mitte, Berlin

Open Letter
October 20, 2020
Mr. Stephan von Dassel
The Mayor of Mitte city
Der Bezirlsbürgemeister,
Bezirksamt Mitte, Berlin Germany
bezirksbuergermeister@ba-mitte.berlin.de
Dear Mr Dassel,
Re: Comfort Woman Statue: A means for discounting, isolating and exploiting Japan
Introduction
My name is Sumiyo Egawa, a resident of Sydney Australia, and the President of Australia-Japan Communication Network (aka AJCN).  AJCN is a small volunteer group of Australian and Japanese parents, who are concerned about the safety and security of the minority ethnic groups’ children live in Australian.  The current activity of AJCN is mainly, protecting children of Japanese heritage from schoolyard bullying by other children who might be misinformed and misguided by Anti-Japan propagandists, in particular activists affiliated with Chinese and Koreans groups.
The purpose of writing this letter to you is to express my, the AJCN members, and many other Japanese (in and outside of Japan)’ disappointment and sorrow at the news that you have withdrawn the previous decision to remove Comfort Woman Statue from your city, the Mitte District of Berlin.   Your decision enables the Korean group to continue propagating their ambitious, corrupted and commercialized political Anti-Japan campaign until the Court's decision is delivered.  Through this letter, I am trying to explain the truth behind Comfort Woman Statue in order to avoid engulfing Mitte, an unrelated city, into an ugly dispute over Comfort Woman Statues, a matter of contention between Japan and Korea.
Korean Comfort Women were Well paid prostitutes during WWII
Firstly, please consider the context that all “evidence” that Koreans claim support that the Imperial Japanese Military Force kidnapped 200,000 Korean girls and made them as sexual slaves (euphemized to Comfort Women during WWII) are based on malicious lies, designed to harm and discount Japan’ reputation.
These Korean wartime prostitutes earned attractive amounts of incomes (equivalent or more than a Japanese Army Colonel’s income; for example, Ms Moon Okuju, one of the Ex-Comfort Woman’s bank account balance shows that she could buy three free-standing houses in Tokyo in the 1940s, attached Photo. 4) and worked at various brothels in Asian war zones*1.   The Imperial Japanese Military did assist and protect these prostitutes' movements from the Korean peninsula to various brothels and vice versa as there were no sufficient and safe means of transportation during the war.  The Japanese Army was also concerned for these prostitute’s welfare and health.  On the other hand, there were no major violent incident or mistreatment against prostitutes by the Japanese Military.  There was No major violent incident between prostitutes and Japanese soldiers reported in newspaper articles, official documents and primary sources available, except for one isolated case in Indonesia.  The Japanese Government has officially admitted the Semarang incidents in the Dutch East Indies, in where Ms Jane Ruff O’Herne and some other Dutch women were forced into prostitution by a few Japanese soldiers.  The Japanese Government has apologized and compensated those Dutch women, and the Japanese soldiers involved in this case were severely punished, and one of them was sentenced to death by hanging.  The late Ms Jane Ruff O’Herne was the only Ex-Dutch Comfort Woman, who campaigned against Japan with the Korean Anti-Japan propagandist group.
続きを読む »
Post Japan Community Network 時刻: 5:25 午後 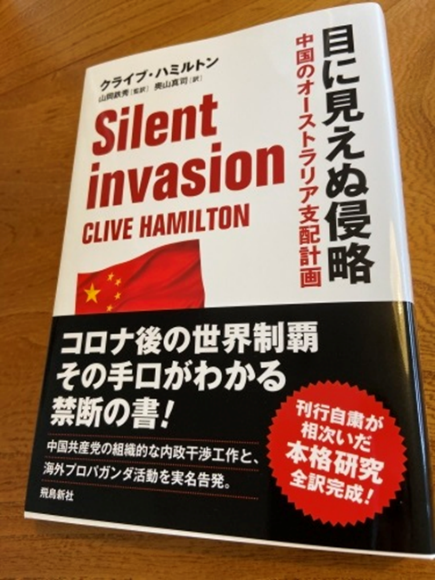